TESTIMONY TO THE RESURRECTION
​ 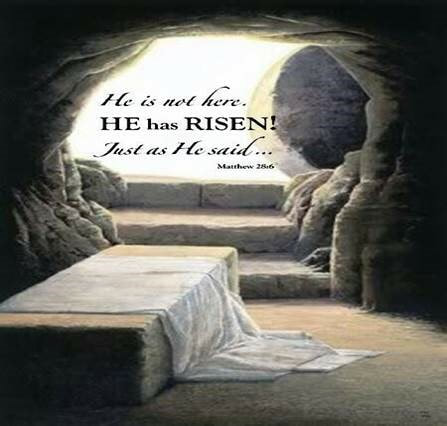 MARY OF MAGDALA:
On that morning, we awoke before the dawn . . . full of sadness and sorrow . . .

Our Lord Jesus had died on the Cross.

We watched them lay his body in the tomb.

“Come, let us take embalming ointments and go to the tomb,” we decided.

The huge stone covering the entrance had been removed. We stood there . . . puzzled and terrified.

What could have happened to the Lord Jesus’ body?

We fled – trembling and bewildered – too frightened to talk.

SIMON PETER:
I awoke that morning . . . grieving . . . the Master had been crucified.

The silence of the dawn was broken . . . it was Mary of Magdala.

She had been running and was out of breath.

She said, “They have taken the Lord from the tomb, and we do not know where they put him.”

We – the other disciple and I – we decided we must go to the tomb.

We were running . . . the other disciple ran faster and arrived before I did . . . but he did not go in.

I arrived at the tomb – breathless and afraid – immediately I entered the tomb.

The linen cloths laid on the ground. The swath that covered His head was rolled up in a separate place.

Then we knew.
Then we understood the scripture teaching.
We Believe!
Christ Has Risen From the Dead!
​