Join us for a climate-themed ‘Expand Your Horizons’ April 15! 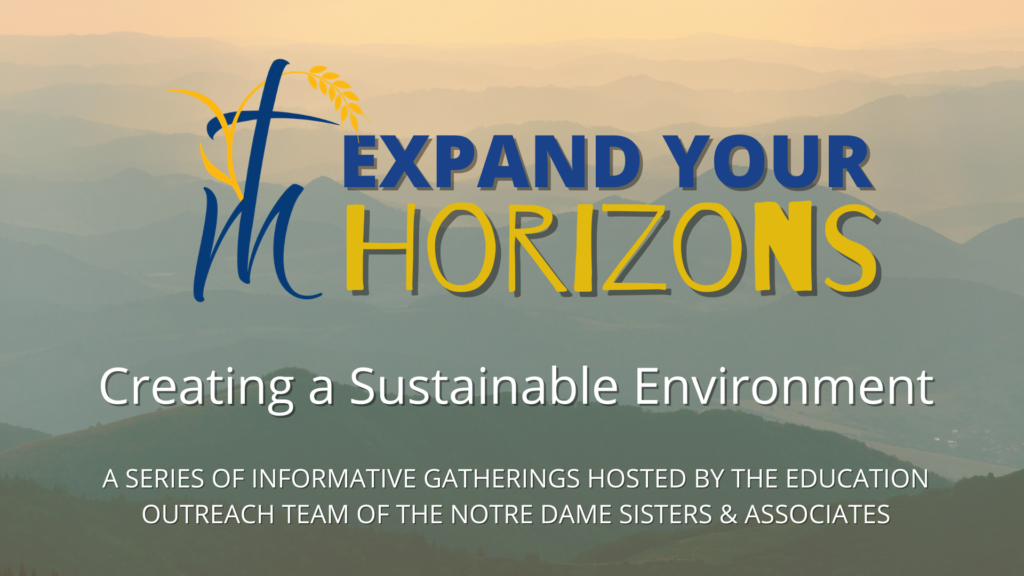 Join us for a live event!
We will provide an opportunity to “breathe with and for the earth” as we enter Spring 2021. That’s what our Earth has been doing in its orbit around the sun. This “orbital breathing” is called the 100,000-year Milankovitch Cycle, named after a scientist from Croatia-Serbia. He hypothesized in the 1920s that variations in the solar radiation reaching the Earth strongly influenced the Earth’s climatic patterns.
In 1856, decades before Milankovitch, a women’s right activist named Eunice Foote demonstrated the effect of solar radiation on gasses. She exposed different gasses to solar heat. Carbon dioxide itself became heated and took much longer to cool. She applied her findings to the Earth’s atmosphere, concluding that “an atmosphere of that gas would give to our Earth a high temperature.” Her revelation appears to have been the first of its kind, but it went more-or-less unnoticed for 150 years, until 2010 when her paper was discovered by a retired geologist. During the 1970s, scientists observed rapid earth warming and sounded an alarm: human activity contributed to a “greenhouse effect.”
If “global warming” follows natural climate patterns, what can be done about the apparent “runaway climate change” caused by greenhouse gasses? This will be addressed by our April EYH keynote speaker Mark Welsch, Co-Leader of the Citizens’ Climate Lobby and Omaha Chapter Volunteer. CCL works with everyday people to empower them to work together for climate economy solutions. Their priority – the carbon-fee and dividend proposal – is a laser focused action plan for environmental justice and sustainable living.