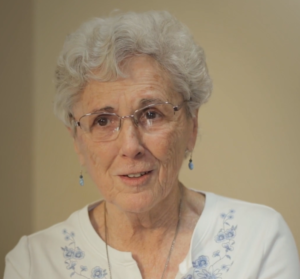 We can fix it.

Recently I spent a month with my sister Phyllis during her cancer surgery and post op phase. I was introduced to her extensive interest in and knowledge of climate.   With me there, she had a classroom of one and I was a student of 24/7 introductory practical learnings in real time on climate, change and crises a reality of which I was somewhat deficient.

She is a member of Citizens’ Climate Lobby. In Climate Interactive she has a Climate Ambassador designation for presentation of En-ROADS, a climate simulation program and has done the training of Climate Reality. She is member of the Sierra Club.

I asked her for a summary on the topic.  She sent her “nutshell,” which I share with you. 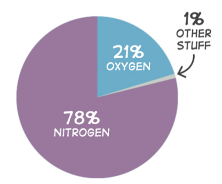 A review of the facts: Blanket or too many blankets.

Most of our atmosphere is nitrogen and oxygen. One percent is other gasses including co2 (carbon dioxide) and methane and other stuff.

Of all the gases, co2 is the most prevalent and it has increased in the past couple hundred years from 280ppm in our atmosphere to well over 400 ppm. In all prior human history, it stayed in a range of 170-300.

Since the industrial age took hold – think about the invention of the steam engine – we have burned lots of fossil fuels such as coal and oil and gas. This energy has made heating and cooling ourselves easier, spurred improved transportation, helped us make things, and let us have light at night. The by-product of burning fossil fuels is releasing carbon dioxide (co2) into the atmosphere. We’ve poured more into the atmosphere than can be “let out”.

This buildup and this rapid warming of the earth has left us unable to adapt quickly enough to the resulting effects which include extreme weather (heat waves and more and stronger storms), more acidic oceans and melting ice leading to rise in sea levels, changing the timing of seasons, the distribution of habitats and moving warmer climate zones toward the poles.

You can connect the dots. Here in Nebraska, we’ve seen an increase of severe flooding and you may have seen the news about the fires in California and Australia and tornadoes in Alabama and Tennessee. Don’t forget about the polar vortex that settled over Nebraska and as far south as Texas bringing their electrical grid (not functioning to take into account the new extremes in temperature) to its knees.

We see the effect not only in destruction of property and life, but also in the collapse of basic farming and access to water problems. When the climate changes some people can no longer grow their crops.

This has happened to people in Guatemala who can’t bring in their coffee and corn crops.  Facing this lack accelerates their need to migrate to cities and other countries just to survive.

Climate is not a stand-alone problem. It affects those who have the least – the most vulnerable.

This climate problem has been years in coming but it is accelerating as we continue to burn fossil fuels and can’t clean up the atmosphere fast enough from the past build-up of co2 and the other gases. At this rate of warming, we have just a few years to do enough to change this trend. Ten years. Fifteen. In your lifetime. If we don’t stop this freight train from going off a cliff, the effects on our climate will get even worse.

We can fix it.

Basically, we need to stop burning fossil fuels and quickly. We need to act in a big way bringing governments to enact policies that address this issue.

We need to use less energy (created by fossil fuels). We need to move to the future with energy sources that don’t add “too many blankets” to our atmosphere. In the big picture, a government tax on the production of fossil fuels is a big and effective hammer that uses the market to make other energy sources more competitive. It’s working in other countries – like Canada. Citizens’ Climate Lobby with chapters in Nebraska is working hard to bring about good legislation.

There are many other actions that you can do in your own life to help. Join a group such as Citizens’ Climate Lobby to add your voice. Do something personally: don’t waste food; turn off lights; bicycle to work; put up a solar panel; insulate your home; recycle.

Take care of our planet. Be a good steward of the earth. Now.