Reflecting on the experience of black Sisters in the US 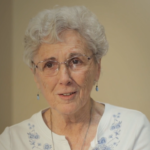 I was forwarded an article the other day that has kept me thinking for nearly a month “Black Religious Orders Broke Racial Barriers in the U.S.” .

It addresses historical racism in U.S. religious women’s life.  It recognizes the perseverance, struggles and commitment of black women to make religious life possible in the US Catholic church. Consider how it has been overlooked.

The history in this article sort of blew me out of the water!  I have been and continue to learn what I do not know about racism, its institutionalization, my/our complicity and unawareness. Steps have been taken by me personally and in our congregation to became aware of white privilege through reading, seminars, speakers and engagement with persons of color.  I still feel fairly new to the extent of racism.

It was something I lived with but without question from childhood. For example as a child we were never allowed to use the N word but in contrast the way we choose sides for playground games with the  old rhyme, “Eenie, meenie, minee ,mo, catch a N—– by the toe”. Today I regret and am embarrassed of our inability to connect the superficial dismissal of racism and in instead inadequately explained as a non-acceptable word in our home but ok in play.

Reading this article reinforced how little I knew about my past as a religious Sister and the white privilege I continue to live with.

According to Williams, it wasn’t until World War II, however, that there was also some desegregation within Catholic religious orders in the United States.  The article notes that to  point African American women would only be accepted if they were “racially ambiguous.” (quote from the article)

I knew that in some women’s religious congregations of women in the US, there were black women seeking entrance, not being accepted, and guided to Black congregations.  But I did not know the depth of racism within our US Catholic church system in the black women’s struggle to form a congregation.  Many were encouraged to be of service to the church but had to fight for church’s recognition as a congregation.

My heart sank to learn that a group that was finally ecclesiastically accepted as a congregation of vowed religious women (like mine) could have membership, have ministries but could not wear the habit (which in those days) was public recognition of their status as Catholic vowed religious women because they were black.

“The country’s second successful Black Catholic women’s order, the Sisters of the Holy Family, was founded in New Orleans, Louisiana, in 1842. Through her research, Williams discovered that through their first 30, 40, or even 50 years the community “was not allowed to wear veils in public. They had to be marked as different.” (quote from the article)

Since reflecting on this article I have increased my need of awareness to continue to be awakened to the depth of institutionalized racism in our country and our church.

I encourage you to read the article and share it with friends vie email or Facebook. Let the words sit with you for a few weeks, and help it build your understanding of your privilege.