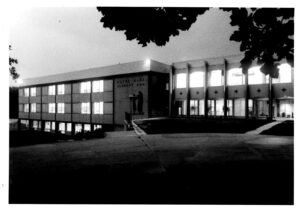 The decline in the number of Notre Dame Sisters to teach at Notre Dame Academy and the consequent need to hire lay teachers, the decrease in enrollment, and inflation affecting all areas of operation contributed to seeking a solution to the increasing difficulty of operating a private high school for girls.

Similar problems faced Rummel High School, the Archdiocesan High School for boys staffed by the Christian Brothers in northwest Omaha and Marian High School, a private girls’ school operated by the Servants of Mary. Consequently, the principals of these three schools initiated a discussion of these mutual problems and agreed that a study of all factors entering into the stability of these school was eminent. A three-year study began.

In 1971-1972, the three schools explored possibilities in curriculum, allocation of personnel and buildings and an estimate of financing. While Rummel and Notre Dame requested further study, the chairman of Marian’s Advisory Board formally withdrew from further consideration. Rummel and Notre Dame continued the merger study of the two schools.

By January 1973, the faculties of Notre Dame Academy and Rummel High School had plans for the fall term to move into a detailed study of curriculum for cross registration in September 1973. Eventually four alternative educational designs were created that used one or two buildings and a varying pattern of student age groups.

Further study showed that the Rummel building was considered the most satisfactory for the plan to merge both schools. 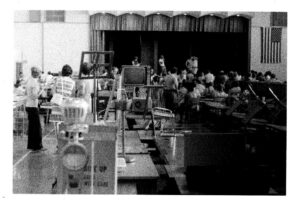 In a press release on October 2, 1973, Father Thomas O’Brien, Superintendent of Schools for the Archdiocese of Omaha, and Mr. Robert H. Matt, president of the Archdiocesan Board of Education, announced the expansion of secondary education in the North/Northwest Omaha area. As a result of intensive study since 1970, the Notre Dame Sisters and the Christian Brothers would form a new coeducational Archdiocesan High School to open in the autumn of 1974. 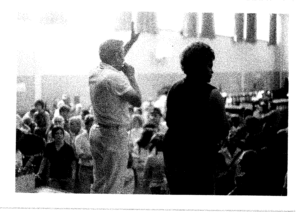 In that news article, Sister Pauline Polak, President of the Notre Dame Community, said: “With the emergence of this new model for Catholic secondary education in North Omaha, we, the Notre Dame Sisters, can continue the traditions we have already built through the 46-year history of Notre Dame Academy, and effectively participate in shaping and directing the new school. Its conception creates a fourth option to parents who have a right to alternatives-an all-girls school, an all-boys school, parish schools and a co-ed school. .. Although the termination of our own school is a painful one, we view the opportunity for transition with optimism as we re-commit ourselves to education in the Omaha Archdiocese. We respect the educational philosophy of the Christian Brothers and believe it to be kindred to our own. Together we will continue our efforts to provide excellent Catholic education opportunities to Omaha’s youth.”

While making changes in the Rummel building for Home Economics, Girls P.E. lockers and shower facilities, plans were prepared for an Open House for 8th graders, and an invitation to the current Notre Dame Academy and Rummel students to be part of the new school.

Brother Ignatius Brown, FSC was named Principal of the new school. He then appointed Sr. Michelle Hayek, N.D. as Assistant Principal for Administration, and Miss Lois Flick as Principal for Curriculum.

An Interim Board of members from both Rummel and Notre Dame Academy Boards formed committees to deal with the budget, curriculum, personnel policies, school name, public relations, student activities, and other factors. 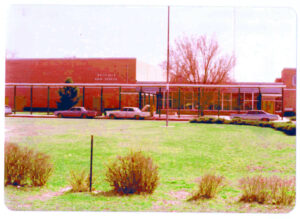 By March of 1973, the interim Rummel-Notre Dame School Board selected Roncalli from among five names submitted by a committee composed of board members, parents, and students. The name honors Pope John XXIII whose family name was Roncalli. Pope John XXIII promoted Christian education as an integral part of human life and stressed ecumenism. The new school’s administrations stated that much of what Pope John stood for throughout his life would be integrated into the goals of the new school-Roncalli Catholic High School.