1924 History of how the ND Sisters came to America

This small article is part of a larger history of the Notre Dame Sisters written by Sr. M. Qualbertina Vanek de N.D., in 1924. More of her history will be shared on our website.

Owing to the profound humility and zeal of the Sisters, together with the indefatigable labors of their Rev. Founder, God showered His choicest blessings upon this Congregation.

In a comparatively short time, the Bohemian Notre Dame Sisters developed their activities to such an extent, that, in every line of educational work their quiet, but subduing influence resulted in great accomplishments in the 110 missions in Bohemia, Moravia, and Slovakia, where they take care of the little innocent children in the Day Nurseries, and educate them in Kindergartens, Orphanages, Institutions for Deaf Mutes, and instruct the budding youth both in Public and Parochial Grade and High Schools. They also conduct three of their own Normal Schools, many Academies, Vocational Schools, and others.

No time to move to America

No wonder, then, that there was no surplus of Sisters to be sent to America, when in 1909 the Right Rev. Thomas Bonacum, the late bishop of Lincoln, Nebr., visited the motherhouse in Horazdovice, Czechoslovakia, in order to obtain Sisters for the Bohemian parishes of his diocese. His wish, however, could not be gratified.

Shortly after his return to his bishopric God called him to enjoy the well-merited eternal bliss. There, at the throne of God he must needs have pleaded the cause, for only one year later Rev. C. A. Bleha of St. Louis, Mo. went to Czechoslovakia on the same mission, and was promised the Sisters without delay.

Five Sisters, headed by Venerable Mother M. Qualberta, the Commissary, increased their merits by one great sacrifice, namely that of leaving their own beloved native land.

Having arrived at the American shores May 10, 1910, they set out for St. Louis, interview with Rev. C.A. Bleha, who conscientiously continued the work of the late Monsignor Joseph Hessoun, who is honored for the missionary work all over the States by all nationalities in general, and by the Bohemians in particular. He was the founder of the first Bohemian Catholic parish in America, and the excellent Bohemian Catholic semi-weekly “the Hlas” owes its origin to his honest endeavors. For these invaluable services the Bohemians erected a modern Institution, named the Hessoun Orphan Home at Fenton, Mo., as a memorial to their beloved Monsignor.

The management of this particular place and the education of the orphans was to be entrusted to the care of these Sisters, whom the Bohemian people of St. Louis gave, as it were, a royal reception. 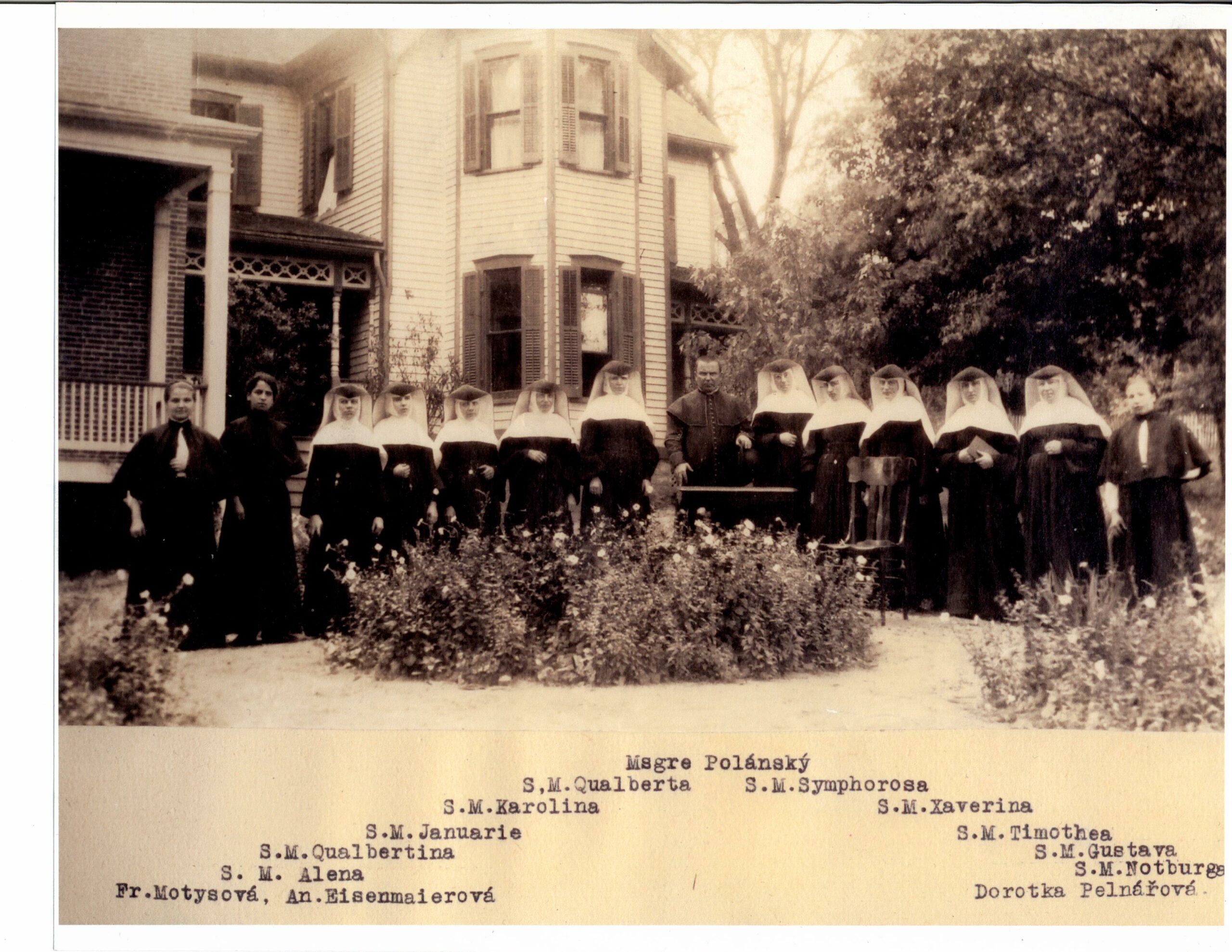