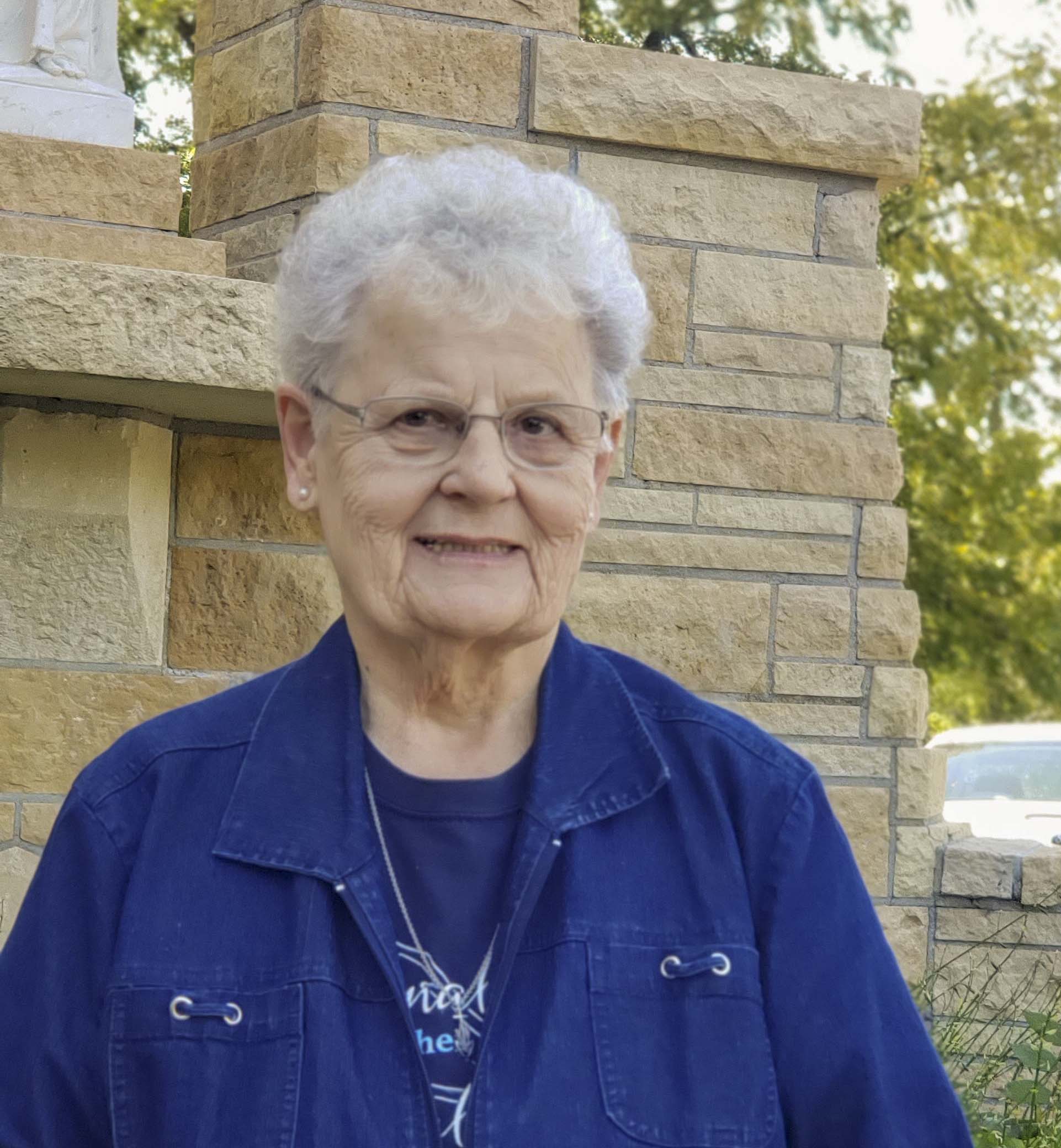 Sister Mary Frances Michalec begins her day with prayer and meditation asking for God’s blessing on all she will do each day. This has led her many places during her life of ministry, but all roads seem to pull her back home – to St. Ludmila parish.

Sister was born in Cedar Rapids and was baptized at St. Ludmila. She attended grades K-8 here. A strong memory as a child for her was dressing in a black dress and using cloth diapers as the “veil” then standing in front of her siblings and neighborhood friends teaching them how to read, spell words, or math. She knew at that time she really wanted to be a teacher. As she graduated high school, she didn’t feel a strong draw to attend college so entered the Convent with the Notre Dame Sisters in Omaha, the same order that actually started St. Ludmila Parish in Cedar Rapids. She requested to be assigned as a “house sister”, or a “cook sister” and was flat out told “No, you will be a teacher.” Sister Mary Fran went to college to earn her BS Degree in teaching.

She took her final vows in 1957 and would be sent to many small, rural Catholic schools in Nebraska as she began her ministry. She was assigned to Cedar Rapids in 1970 to teach at St. Ludmila. She earned her master’s degree and became the Principal at St. Ludmila in 1980. As an Administrator, she missed the interaction between her and the kids, which led her to Regina High School in Iowa City, teaching fifth and sixth graders. She became the Director of Religious Education for the three Iowa City parishes for the next 18 years.

Three years in a row a letter was sent from the Mother House looking for a volunteer to set-up an infirmary at the Mother House for the aging sisters. After three years she wondered, “Well, why doesn’t someone just volunteer to do it?” Then she thought a bit longer and decided that she was the one who could do it! Sister returned to Omaha to help set up an infirmary on the first floor of the Convent. This was not an easy undertaking. She returned to Omaha and began to change and renovate the entire first floor to include: a nurses’ station, laundry facilities, examination room, supply room, handrails all around, hospital beds, whirlpool, completely starting from scratch. She would hire the nurses, aids, and staff for this infirmary. She oversaw this project for two years before returning to Iowa to continue teaching.

Sister held a special bond with her sixth graders at Regina. At Regina Sister offered an after school program for K-2nd graders, teaching either a craft or cooking class. She was able to teach many lessons from proper language to life lessons. A musician from the University helped her sixth grade class with a music project, which included writing a special song for Sister, which she still has a copy of to this day! She was so touched by their tribute and you could see that in her face when she spoke of it. 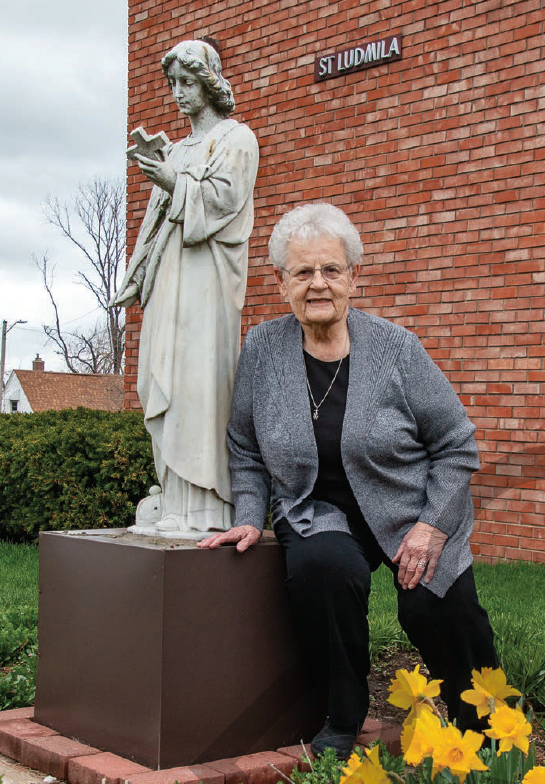 In 2013, she received a call from her home parish asking if she would consider returning to St. Ludmila as a Pastoral Minister. She has been here ever since and loving the ministries she has been assigned.

Some of her current responsibilities include coordinating the monthly Wisdom Generation potluck for the older parishioners. They often have a speaker come in to impart “wisdom” on a topic that may concern them like estate planning or elder care. This group has helped the parish in many ways too, filling Eater Eggs for the annual Easter Egg hunt or helping with the church mailings or just having fun playing Bingo.

One of the ministries she has a soft spot for is pre-planning funeral Mass. She helps walk people through planning their funeral Mass as they would like it. Sister said, “One of the best gifts you can give your loved ones is to have your funeral wishes in writing, so they know what you want.”

A Pastoral Minister traditionally visits the elderly or homebound parishioners at hospitals and care centers. Since the pandemic lockdowns began those visits have become phone calls to keep in touch and check on them. She is now just getting back into occasional in-person visits. One of her favorite projects was setting up a Christmas Tree for the elderly parishioners where someone could adopt a parishioner and send them a specific Christmas card. These cards have led to “pen-pals” with additional cards throughout the year, not just Christmas.

She had the opportunity to travel to the Czech Republic in 1997 for 17 days. She was able to find a lot of her family history, including the birth home of her father, while there. Even though she found some of her family there, she has also found signs of them in other places too. She remembered being on a retreat in the middle of Winter, sitting on a bench reflecting when a female Cardinal landed on a small, bare tree next to her. The bird was looking away from her for quite a while. It suddenly turned and looked directly at her before flying away and to this day she knows in her heart that it was her mother giving her a welcome nod that Mom was still nearby.

At 86 years old she can’t imagine what she would do if she were to retire, so she isn’t thinking about that now. She will continue to ask God for daily guidance and the Holy Spirit to be with her in each encounter during the day. She is thankful to God for the many blessings He has given her during her ministries. She knows that He guides her and no matter where that next road leads, the strong indication is, it will lead her right back home – to St. Ludmila.