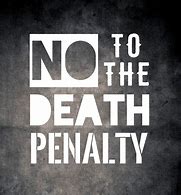 It has been thirty-nine years since the murders of two Omaha cab drivers. The lives of two men were callously ended. Two families were deprived of their loved ones. Our community lost two citizens.

When asked his thoughts about the scheduled execution of Carey Dean Moore, Steve Helgeland, the son of Maynard Helgeland who was shot and killed by Moore in August of 1979, said “I have no interest in watching him die. It’s not going to do anything for me.” We agree.

As women who have joined communities of Catholic religious sisters serving in Nebraska to spread the Gospel by teaching and example, we don’t see anything to be gained by executing an inmate who has been safely incarcerated by our prison system for decades. On the contrary, the State sponsored killing of an individual, even one convicted of the heinous crime of murder, contributes to the cycle of violence that is endemic in our society.

Through our histories and our service to the people of Nebraska, we have striven to be educators, healers and advocates for the vulnerable members of our community. We call on the State to do the same: to show mercy and true justice by foregoing another violent and senseless killing. At the same time, we pray for healing and comfort for the victims of violence and for a change of heart and behavior for those who perpetrate such violence.