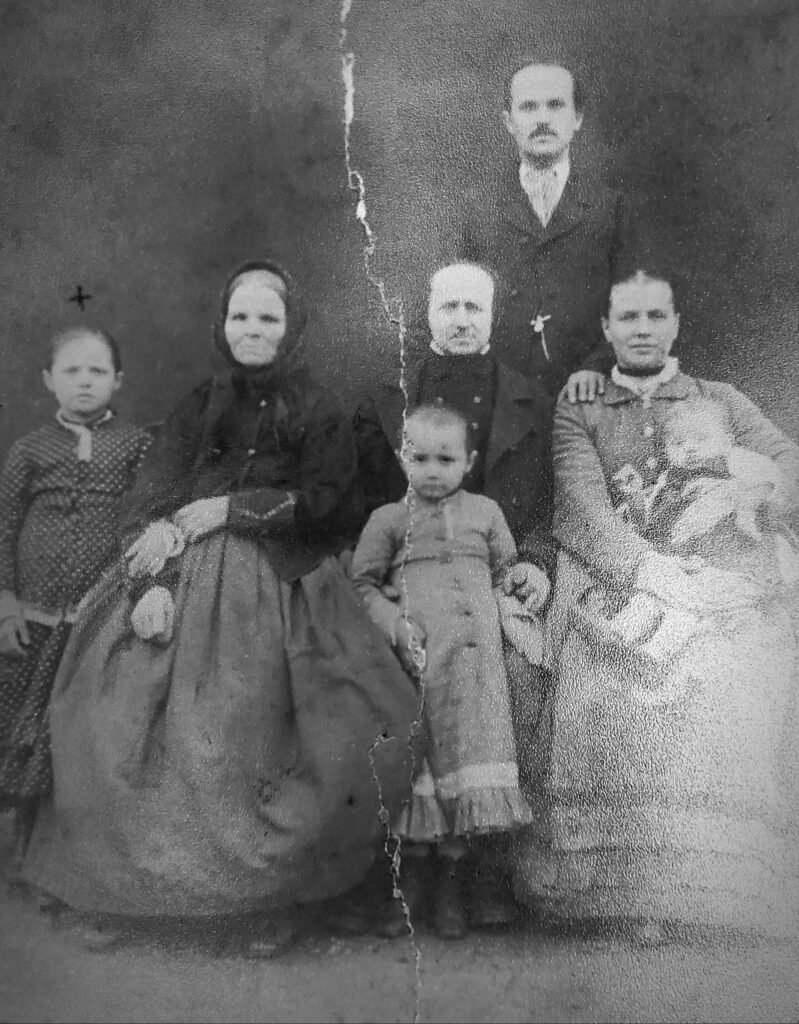 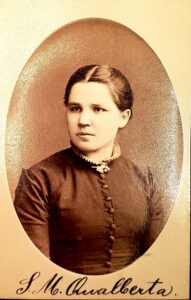 Antonia Krivanec was born on January 15, 1866 in Zabori, Bohemia. The youngest of six children of Vaclav and Marie, Antonia received her education in the village elementary school, while taking private German lessons from the parish priest. Antonia enjoyed the woods, meadows and lakes around her home and loved nature as a reflection of God’s love.

Antonia asked for admission to the Notre Dame Sisters in Horazdovice, Czechoslovakia and became an aspirant on January 15, 1879. After her secondary education, Antonia attended St. Anne’s Teachers’ College in Prague.

On August 13, 1885 she celebrated her religious reception and received the name Sister Mary John Qualberta. She promised God, “Willingly will I go wherever my superiors deem to send me-be it even to America.” While informed about the Holy Rule, the three religious vows and the practice of a spiritual life, Sr. Qualberta realized that her efforts at prayer, meditation and spiritual reading would develop her into a worthy and faithful worker for Christ. Her devotion to the Sacred Heart of Jesus was a source of strength and confidence. She learned also to rely on the Blessed Virgin Mary to help her in her ministry. 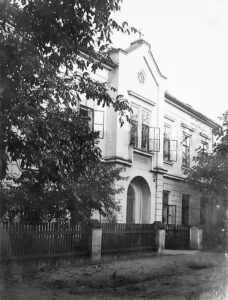 Sister’s first teaching assignment was sixth grade in St. Joseph’s Grammar School in Budejovice from 1885-1888. Appointed as principal of the two-room elementary school in Dolni Berlovice, she successfully held that position for seventeen years.

In 1905 Sister Qualberta was elected fourth assistant to the Mother General. Named prefect of candidates, she moved to the motherhouse in Horazdovice. Because of her love for the congregation and great respect for the observance of the rule, Sister Qualberta became a capable adviser to the Superior General Mother Cyrilla Marsik. Sr. Qualberta had a quality of solving problems with common sense that proved to be helpful to the General Council which received many requests from clergy in America for Sisters to come to the United States to serve the needs of the Czech immigrants.

It was Sr. Qualberta who urged the General Council to send Sisters to America, even though there were requests for Sisters in their homeland. Of the 754 Sisters in the Congregation, Sr. Qualberta was chosen to lead four others: Sr. Qualbertina Vanek, Sr. Nothburga Komrska, Sr. Xavier Hava, and Sr. Caroline Babacek who would assume the administration of the Fenton Orphanage in Fenton, Missouri. On April 26, 1910 the Sisters boarded the ship “Grosser Kurfurst” and landed in New York on May 10, 1910.

The Sisters arrived at the orphanage on May 23, to find no orphans and only five chairs, one table, a crucifix and a picture of the Holy Family for furnishings. The building was littered with tin cans and covered in weeds and cob webs. While disappointed, the Sisters tackled the work of cleaning the place. They set about to learn the English language. During the trials of adjusting to a new land, language, and culture, Sister Qualberta was the guiding force, encouraging the Sisters that this was God’s work for them.

An added discouragement was the lack of a chapel in the orphanage. The Sisters walked a mile, daily, to attend Mass. Not being able to converse in a common language with the priest or the orphanage board of trustees was another suffering. 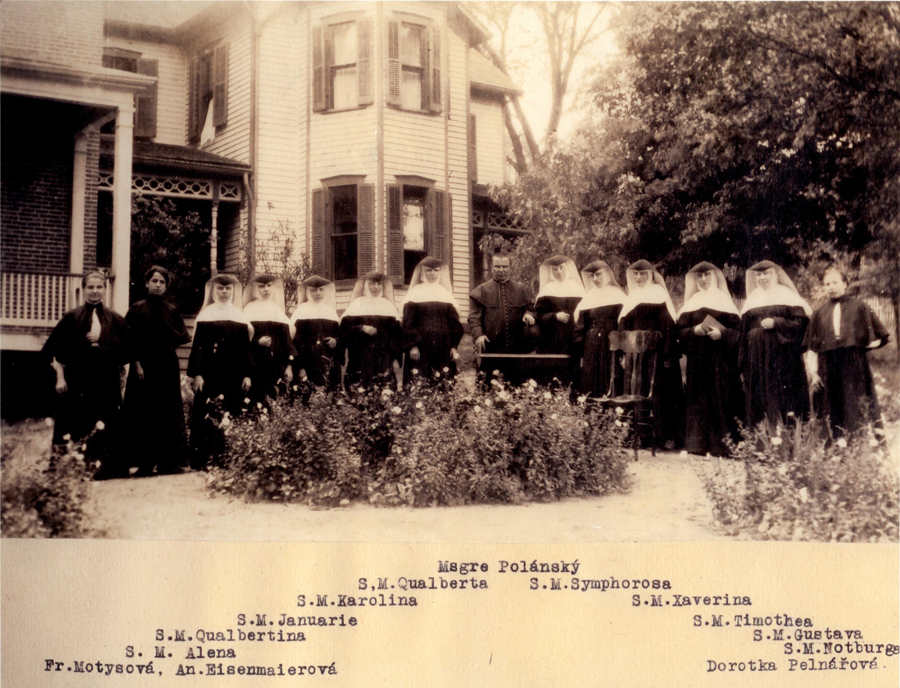 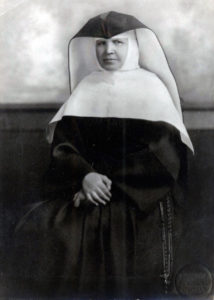 Eventually two orphans arrived, then several more. The Sisters began catechism classes for the children from the Czech parishes. When requests came for Sisters to teach in a new school in Dodge, Nebraska, Sister Qualberta applied to the motherhouse in Europe for more Sisters. Five Sisters and three candidates arrived in America in December 1911.

Sister Qualberta was named Commissary General in America, an appointment that gave her powers and duties over the new foundation in the United States. As commissary, her chief responsibility was to establish a permanent novitiate and motherhouse in the new world. At first the novitiate was in Fenton, but later was permanently located in Florence, near Omaha, Nebraska.

Mother Qualberta was a mother to the Sisters. She took a personal interest in each one, recognizing the talents and skills and differences in each. She was kind and patient with those in need of correction. Often she spoke of devotion to the Sacred Heart of Jesus. A woman of faith, she trusted in God’s help in all situations. 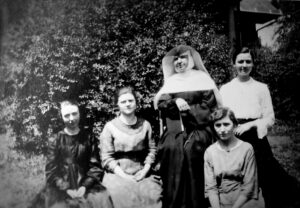 By 1920 the community numbered fifty members working in ten institutions. The motherhouse was established in Nebraska. Mother Qualberta had guided the congregaton to August 11, 1929 when she officially turned over the government to Sr. M. Gustava Melmer. In her retirement, Mother Qualberta researched the history of the Congregation; wrote numerous letters, magazine articles, and summaries of spiritual books; and produced pedagogical materials for students and teachers. 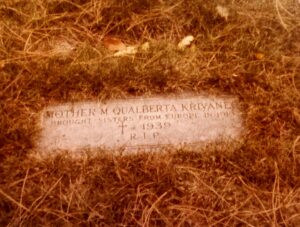