Reflecting on St. Joseph, a father in the shadows 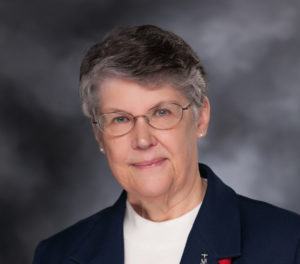 A letter from our Provincial President

March is dedicated to St. Joseph and actually the whole 2020-2021 Church Year is dedicated to him, commemorating the 150th anniversary of declaring St. Joseph as Patron of the Universal Church. Pope Francis presented his Apostolic Letter, “With a Father’s Heart,” on December 8th, 2020. You can find the whole document on the Vatican website, but I would like to share some points here that might help our Lenten reflection a bit.

There is little about Joseph in the Gospels but enough to say what “sort of father he was, and the mission entrusted to him by God’s providence.” Refer to scriptures about the many references to Joseph.

In his letter Francis calls Joseph a beloved, tender, loving, working and obedient father; he was also accepting, creatively courageous, and a father in the shadows. 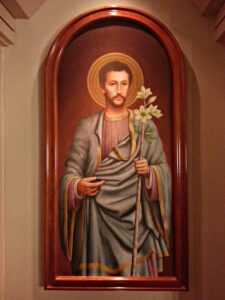 Joseph is beloved by Jesus and Mary and so many in the Church who have devotion to him. His tender and compassionate love mirrors God’s compassionate love for all. He obeyed God’s call to him often in dreams, expressing “his own ‘fiat’, like those of Mary at the Annunciation and Jesus in the Garden of Gethsemane.”

Joseph accepts Mary as his wife, not fully understanding to what she was called and who her child would be. He embraced the course of events, and took responsibility for them and made them part of his history. He was not paralyzed by fear.

Francis calls Joseph a “creatively courageous father.” We need the same quality in our lives affecting how we deal with difficulties. “We can either give up and walk away or somehow engage with it. At times, difficulties bring out resources we did not even think we had.” This was true of Joseph who constantly protected Mary and Jesus from danger.

“A father in the shadows” caught my interest. Being a father, or a parent, “involves introducing children to life and reality. Not holding them back, being overprotective or possessive, but rather making them capable of deciding for themselves, enjoying freedom and exploring new possibilities.” Joseph was not in the spot-light many times, but Jesus and Mary were. He gave of himself generously so they would be cared for and nourished. Joseph was a “shadow of the heavenly Father,” who gives only good and is always there.

The Church is suggesting that every Wednesday, the day devoted to Joseph, we offer a prayer to him, such as the Litany to Joseph.

Francis ends his letter with this prayer:

“Blessed Joseph, show yourself a father to us and guide us in the path of life. Obtain for us grace, mercy and courage, and defend us from every evil. Amen.”